The Lost Colony Brewery and Cafe in downtown Manteo specializes in British and Irish style beers. We use Marris Otter malt as our base and then add various combinations of Black Patent, Brown malt, Crystal malt, and Roasted Barley depending on the individual beer. Hop varieties include Fuggles, East Kent Golding and Challenger. Our brewery in Stumpy Point is housed in a 10,000 square foot former boat shop, capable of producing 1,000 gallons of beer at a time. 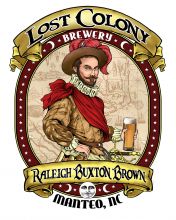 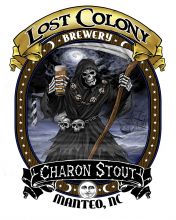 Named after the legendary ferry man who traversed the river Styx, our very traditional dry Irish stout will transport you to a different world. We use malt from the Malting Company of Ireland, traditional fuggle hops and Dublin water to brew the quintessential Irish beer.   4.8% ABV 35  IBU 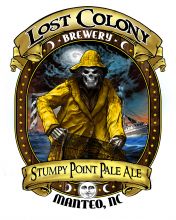 A beer as welcoming as the fishing village it is named after. English malts, aromatic hops and water matching Burton upon Trent  England combine to give our pale its slight toast aroma and, full-bodied flavor.  4.2% ABV  28 IBU 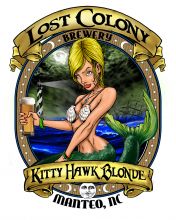 Here’s your chance to pick up a beach blonde. This blonde has a British accent and an all-American attitude. Clean crisp flavor, light color and great balance between hops and malt. Truly a drinkable beer. We start with the finest barley from counties Munster and Leinster, Ireland. We use British Challenger hops for a full bodied rounded bitterness and finish with American Crystal hops for a hint of citrus.  4.4% ABV  19 IBU 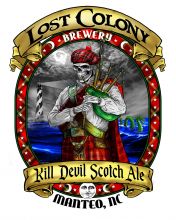 In the mid 1700’s along the Carolina coast they made rum that was so strong they said “it could kill the devil”.  They named a town after it. We named a beer after it. Scotch ale, also known as "Wee Heavy", is the name given to a strong pale ale style from Edinburgh.It is overwhelmingly malty, with a rich and dominant sweet malt flavor and aroma.Scotch Ale brings forth visions of fog filled bogs, dimly lit pubs and a hearty pint of ale.  11% ABV   21 IBU 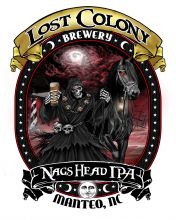 British IPA’s were never meant to be clown cars for hops. Steeped in lore (and extra hops) the IPA is a stronger version of a pale ale. First brewed in England and exported for the British troops in India during the late 1700s. The added hops and alcohol helped the beer survive the journey. Our English style IPA is characterized by British hop character (earthy, floral) and increased, not doubled, alcohol content. Different from its American counterpart, this beer does not neglect its barley soul while increasing its hop flavor.  6.8% ABV   53 IBU 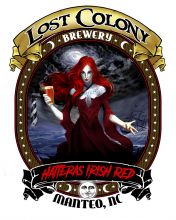 In 1700 the “Hatteras Witch” was tied to a tree, destined to be burnt alive. With a clap of thunder and a flash of lightning she disappeared leaving only her name, Cora, scorched into the trunk of that tree. You can still see it today. A woman like that deserves a beer.   This, our original red ale, is a blend of mild English hops, sweet Irish malts and roasted barely. Hatteras Red is a ruby session ale with a gentle hop bitterness, mild malt notes and a bewitching hint of roast.  4.9% ABV  22 IBU 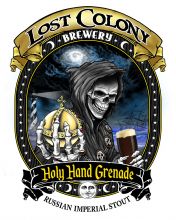 Produced in the tradition of 18th Century English brewers who supplied the court of Russia’s Catherine the Great. Because it was transported across the freezing Baltic, Russian imperial stout was brewed with a high level of alcohol. A huge malt body is matched to a heady blend of chocolate, dark fruits, and other aromas. It’s a rich, intense brew with vicious little teeth.   10% ABV  46 IBU

Beer Flights
Your chance to taste four of our beers in 5oz tastings
Get two flights and taste them all!